ART TALK * The Multiverse of Velázquez 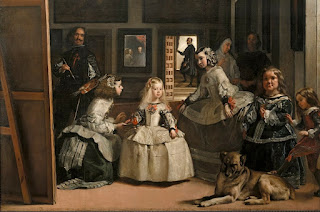 "I found this art talk very interesting. I did not know that artists were not considered important and were considered craftsmen. I loved how Velásquez put the king and queen he was painting in the mirror and in the distance of the viewer and put all the less important people in the foreground - the artist, the princess, the dwarfs, the "meninas", as if to say that they were just as important as the king and queen and played an important role in the Spanish court.
I learned that there was a lot going on in the painting - the man in the door held the door open, the little male dwarf tapped the dog and one of the meninas curtsied to the princess. All these actions suggest that they may all be leaving the room soon. Velásquez brilliantly creates a self-portrait by placing himself at the easel, which helps to highlight his importance as a court artist."
- Virgina, Javea 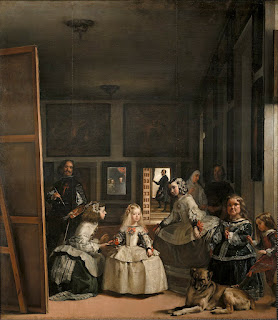