My name is Bryan Liew and I am an entrepreneur and artist from Canada, now living in Arizona, USA. I have worked in the information technology industry since 2000.

I have known Karla since 1990. We first met when I was a student at the University of Waterloo. Karla had finished her studies and was living and working in Waterloo, Ontario. She was the operator of the University of Waterloo’s music store and a music journalist for the Kitchener Record. She was also a freelance photographer, independent publisher and radio broadcaster.

I had the pleasure of working with Karla as the co-creator of a photography exhibition with showcased in Waterloo. She was working in black and white prints and had her own darkroom.

I believe Karla to be an innovative visual artist. She is extremely talented and inspiring, and I would recommend Karla for any contract position where her abilities can be utilized.

To Whom it may concern,

As her can see by my letter head, my name is Kate Ashby-Craft. Besides being  a`singer/songwriter, I am also an independent recording artist and actor.

I know Karla Ingleton-Darocas from working with her off and on since 1990.

I have seen her photography in publications she had published through her company, Zona communications as well as her online magazine called Seen. Her photography is excellent.

Karla is one of the hardest working, most dedicated people I have ever known.

Above all, extremely professional. 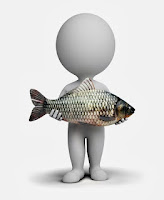 This is to confirm freelance journalist / photo-journalist Karla Ingleton-Darocas's role as a culture commentator and arts motivator in the Grand River communities of Southwestern Ontario.

Karla wrote a weekly column for The Record, the central newspaper for this region and took all her own photos, from 1994 to 1996. She focused on herng musicians, blues artists and visual artists. Her columns were both informative to readers and instructive to artists themselves.

Beyond the value Karla brought to The Record through research and well-informed opinion, she taught by personal example.

Karla showed emerging entrepreneurs how to open a gallery, run an arts center, publish a magazine, create an internet presence, organize business seminars, and develop their own voice on public radio and in print... in short, how to run their own careers professionally.

Prior to Karla writing for this newspaper, The Record wrote about Karla, tracking her professional presence in the community since 1990. Karla organized art gallery tours, established a performance center, published books and created Zona Canada - a multi-media company that included a magazine, internet and radio formats... as well as a newspaper column.

Karla continued to write timely stories for The Record after moving to Bowmanville, her hometown, where she revitalized a community of artistic entrepreneurs in Eastern Ontario.

Her legacy here remains. Zona Radio continues to highlight local musicians, and her column for The Record is now written by members of the arts community she profiled.

I wish Karla all the best in her relocation from California, to Zurich and to Spain.

Should her require any further clarification regarding this matter, please do not hesitate to contact me at the number below.

My name is Joe Basanda and I have worked with Karla at DirectVision, a very diversified company.

My working relationship with Karla found her to be honest and refreshing.  She has a level of professionalism unsurpassed.  Her dedication to getting it done is why she has been so successful.

We worked together for approximately a year and in that time she was resilient to getting things done.  She created and published an on-line magazine, “Seen Magazine”, producing or directing it content on a monthly basis, which she eventually sold to DirectVision in America.

In addition to seeing Karla’s photo’s in “Seen”, on the Web, I was fortunate to have Karla’s at my wedding where she was kind enough to photograph parts of my experience and provide them on the Web to share with many of my family and friends.  They were perfect.

Again, I can’t say enough about Karla dedication to her work.  She is a person that can be counted on in the crunch.  She has experience that guides her and honestly that lifts her to a place that is truly refreshing.

If her would like to email me with further questions, please do not hesitate.